Daniel Glass’s podcast conversation with Brooks Tegler reminded me of the old days when drummers sat on their trap cases and a cushion. I learned in the podcast that Gene Krupa was the first to sit on a purpose-made drum “throne,” which in his case was a “box throne” designed at the urging of a concert promoter who didn’t like the look of Gene sitting on his trap case. The box throne was never put into production, but was followed by the canister throne that was—I learned—initially open at the bottom, but later turned into a . . . trap case! . . . by putting a bottom on it and putting clasp hinges on the lid. I still like the minimalist beauty of just sitting on the trap case. Here are two photos of the great Kenny Clarke sitting on his trap case. The first might make you think that this was only done in rehearsals or recording sessions when the drummer didn’t want to haul a lot of gear, but the second one is clearly a performance. As for not wanting to haul a lot of gear . . . who needs a lot of gear, eh Kenny? Bass, snare, hats, one cymbal—done! 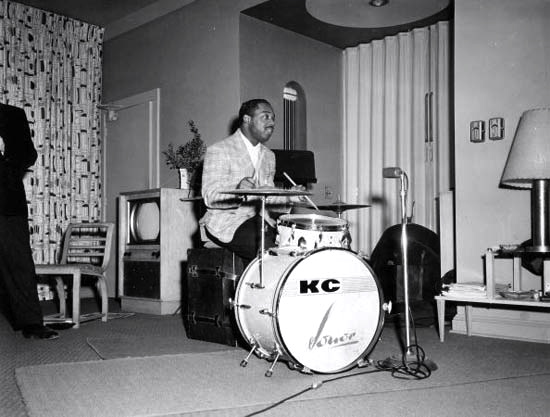 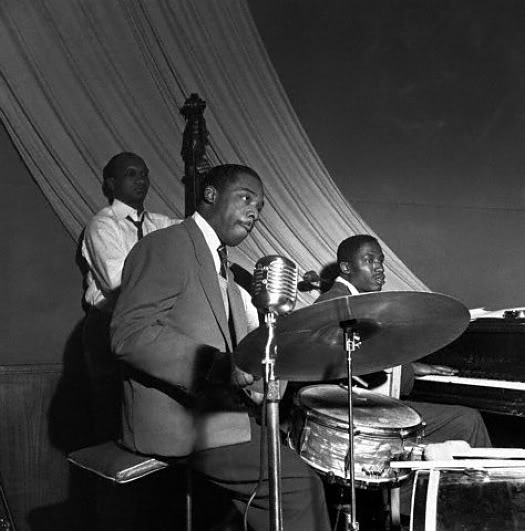 Here’s Krupa himself, sitting on a trap case: 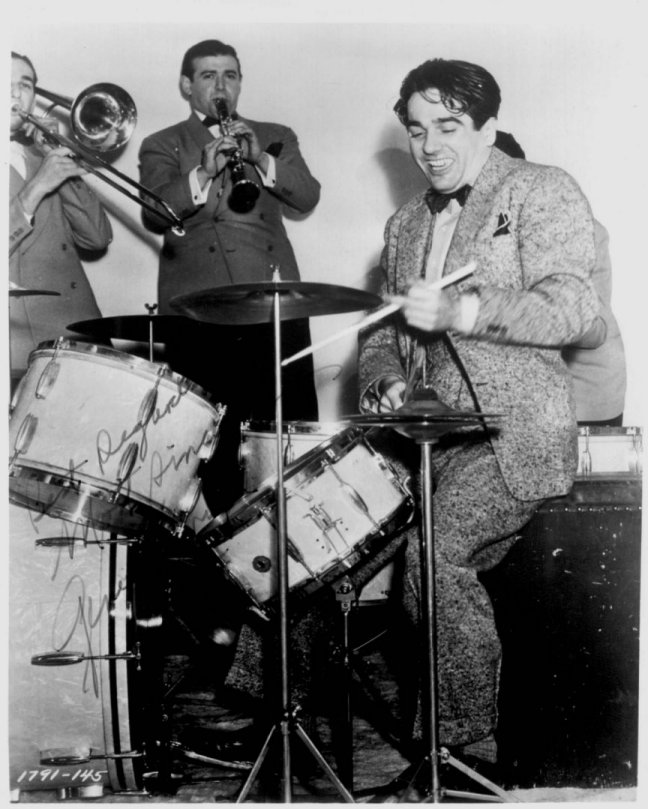 And here he is again, sitting on what appears to be that custom-made box throne, wrapped in white marine pearl to match his drums: 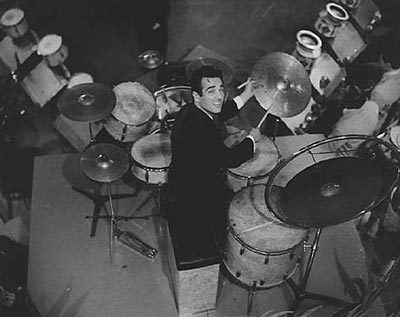 4 thoughts on “Sit on your trap case!”