Jesse Price (L) and Charlie Parker (R) horsing around in the summer of 1938. Price was 19, Parker a year younger. Jesse Price was a drummer and singer who worked largely as a sideman but made a few great recordings as a band leader and vocalist in the early days of R&B, similar in style to early Louis Jordan. “Frettin’ for Some Pettin'” (1948) and “Jump It With a Shuffle” are great examples of his work. Photo credit: American Jazz Museum. 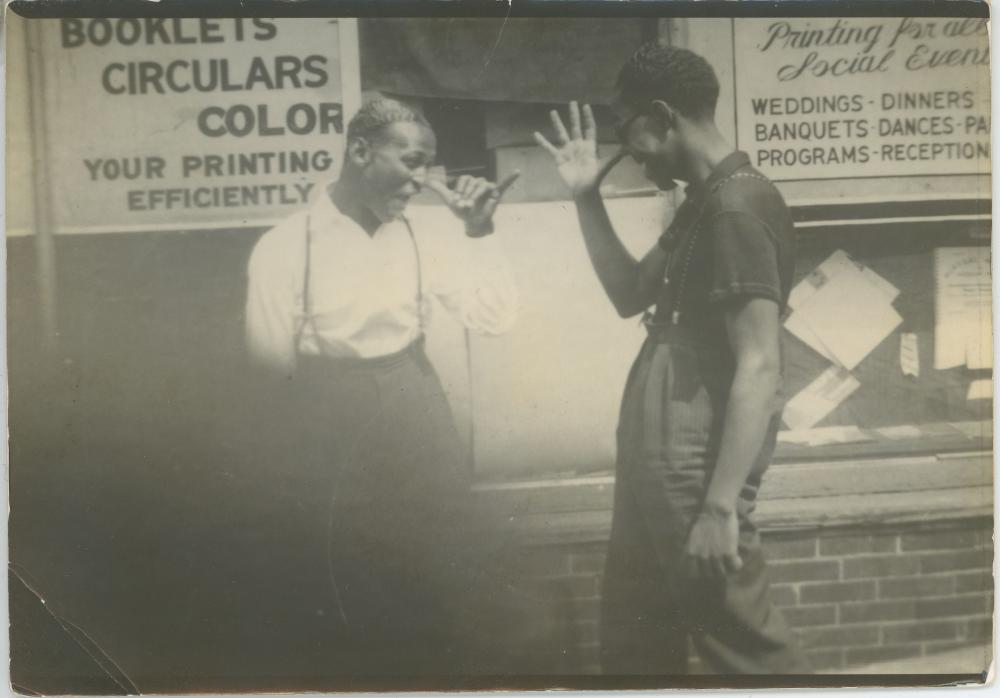